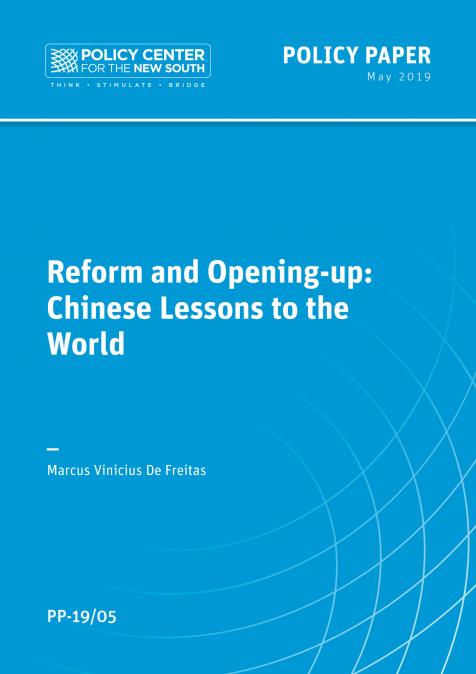 Reform and Opening-up profoundly altered the face of China. From an agricultural backwards country, which had suffered humiliation by Western powers and Japan in the 19thand early 20th century, to the largest economy in the world in Purchasing Power Parity terms, the Chinese saga for reinsertion into the global scene is not a miracle. It is the result of hard work, visionary leadership and the wise use of its most widely available commodity: its hard-working people. Of course, there are many criticisms against China: human rights, democracy, authoritarianism etc. The list - some will say – is extensive. Many authors have covered such topics with great care. One thing, however, is true and should be stressed: the Chinese record of social inclusion and development is admirable. Their economic model, which may not be reproducible entirely, has delivered effective results. The purpose of this paper is to present some of the measures China has been implementing for the last 40 years. The road has not been easy. The Chinese have been masterful in navigating several periods of turbulence. One lesson, however, is fundamental to learn from China: a visionary leadership can be transformative. This is what Deng Xiaoping did to China. And somehow, this is what China is trying to do to the world.