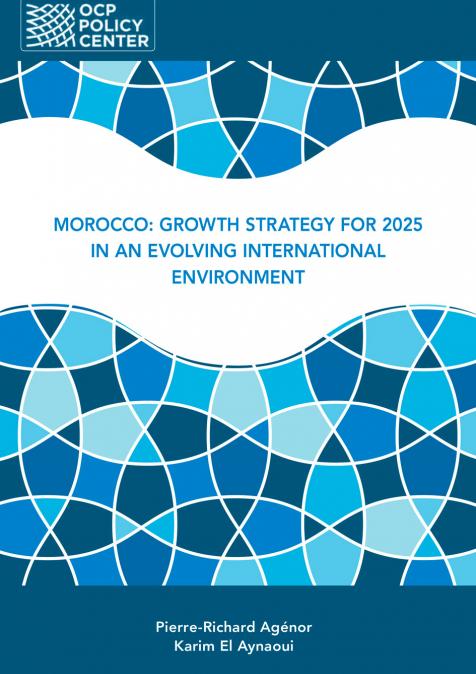 The Moroccan economy is currently facing the risk of becoming caught between the rapid-growing low-income countries with abundant and cheap labor, and middle-income countries that are able to innovate quickly. In addition, China’s massive investments in Sub-Saharan Africa have accelerated the participation of some countries in the region in a new international division of labor, especially in low-skill-intensive light manufacturing.

In parallel, through the structure of its trade and financial relations with Europe, Morocco remains bound to a region that is facing structural difficulties and whose growth prospects remain unfavorable.

At the same time, the Maghreb region has not been a source of expansion, and therefore has not become a new driving force for growth, despite Morocco’s expectations and wishes. These dynamics could lead to a «moderate growth trap,» characterized by job creation that is insufficient to absorb the expansion of the workforce, which will remain strong in Morocco for the coming years. The evolving international environment imposes a rethinking and reformulation of the growth strategy in order for Morocco to better position itself in the global value chains and prepare to compete in international markets for goods and services with high-skill-intensive labor and more sophisticated technological inputs. It is also essential in the short and medium term to recover competitive margins in low-skill-intensive activities, to continue reforming the macroeconomic management framework, and to strengthen ties with dynamic Sub-Saharan countries.