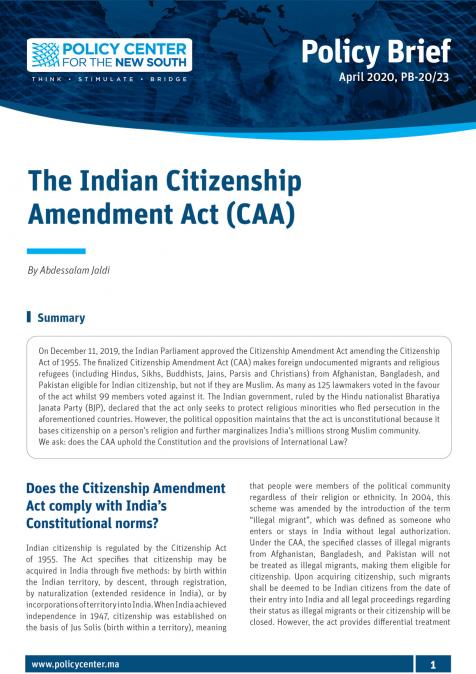 On December 11, 2019, the Indian Parliament approved the Citizenship Amendment Act amending the Citizenship Act of 1955. The finalized Citizenship Amendment Act (CAA) makes foreign undocumented migrants and religious refugees (including Hindus, Sikhs, Buddhists, Jains, Parsis and Christians) from Afghanistan, Bangladesh, and Pakistan eligible for Indian citizenship, but not if they are Muslim. As many as 125 lawmakers voted in the favour of the act whilst 99 members voted against it. The Indian government, ruled by the Hindu nationalist Bharatiya Janata Party (BJP), declared that the act only seeks to protect religious minorities who fled persecution in the aforementioned countries. However, the political opposition maintains that the act is unconstitutional because it bases citizenship on a person’s religion and further marginalizes India’s millions strong Muslim community. We ask: does the CAA uphold the Constitution and the provisions of International Law