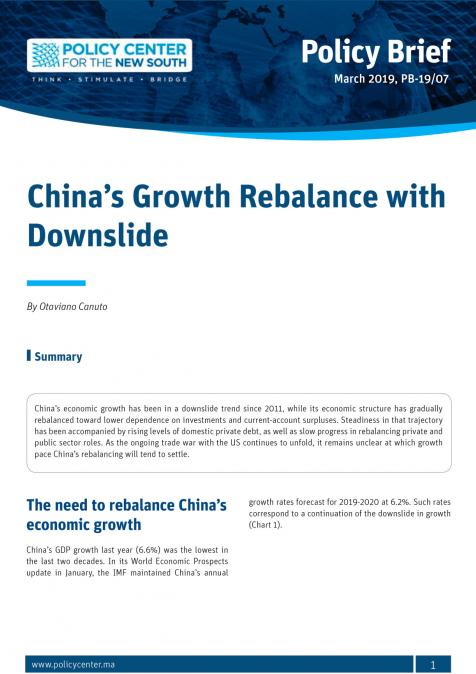 China’s economic growth has been in a downslide trend since 2011, while its economic structure has gradually rebalanced toward lower dependence on investments and current-account surpluses. Steadiness in that trajectory has been accompanied by rising levels of domestic private debt, as well as slow progress in rebalancing private and public sector roles. As the ongoing trade war with the US continues to unfold, it remains unclear at which growth pace China’s rebalancing will tend to settle.