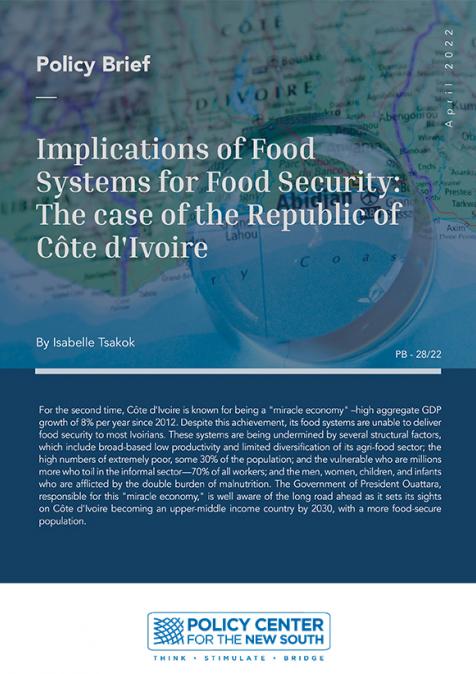 For the second time, Côte d'Ivoire is known for being a "miracle economy" –high aggregate GDP growth of 8% per year since 2012. Despite this achievement, its food systems are unable to deliver food security to most Ivoirians. These systems are being undermined by several structural factors, which include broad-based low productivity and limited diversification of its agri-food sector; the high numbers of extremely poor, some 30% of the population; and the vulnerable who are millions more who toil in the informal sector—70% of all workers; and the men, women, children, and infants who are afflicted by the double burden of malnutrition. The Government of President Ouattara, responsible for this "miracle economy," is well aware of the long road ahead as it sets its sights on Côte d'Ivoire becoming an upper-middle income country by 2030, with a more food-secure population.