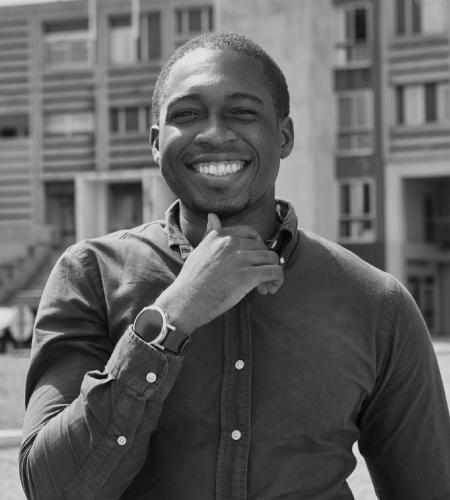 His warmth comes as naturally as his strong sense of empathy, obvious from the first encounter. No coincidence there: since his childhood, Kheston Walkins, CEO and Chief of Neuroinnovation Officer of Allegori, based in Trinidad & Tobago, has a “fascination for the human brain” and its infinite possibilities. He spent time reading Encyclopedias and dictionaries when he was a child, rather than novels and history books. His mother, a teacher, “exchanged her sleep for our survival”, he says about his family, which has no scientific background.

Kheston Walkins was born on the 29th February 1988 in this twin-island country, a small and oil-rich Carribbean state facing Venezuela. “I can only celebrate my birthday every four years”, he says with a smile. But he’s clearly too busy to care about that. In a small notebook, he writes all his innovative ideas and works on executing them. “That’s how it is supposed to be, he told the radio program Carribbean Power Lunch. As human beings, we are supposed to fathom the incredible, create the crazy. Developing countries have the power to create the impossible, like Kenya or Colombia are doing with technology.”

After launching an award-winning app called Communicare, focused on helping communication between stroke patients and health professionals, he co-founded the company Allegori in 2018, first with pilot projects, then offering services to the public. Since January 2019, his company has helped 430 people with sleep, focus and anxiety problems. “Using the knowledge in neuroscience adds so much value to people”, he says.

Problems worsened by the COVID-19 crisis

How does it work? “We start from the end, explains the neuroscientist. We collect data with EEG (electro-encephalogram), and if our client has a sleeping problem, we look at the brain when someone is sleeping, then teach how to get as close to that as possible. For instance, the brain can ignore that your clothes are touching your skin… Or if you just cut your finger, it can ignore the pain if something else is happening at the same time. It’s possible to help the body out of will, to regulate the brain activity in order to move quickly asleep. All we do is give people power and control.” The results are more than convincing, with a 100% rate of success. “One patient decidedly slept for 11 hours, even though she could hardly sleep for 4 hours before, and another could get an extra night of sleep per week.”

The main innovation Kheston Walkins has introduced is to analyze and use EEG data to drive the change expected by the clients. All the problems he is addressing, lack of focus, sleeplessness and anxiety became worse with the COVID-19 crisis. “Children who stayed at home during the lockdown are back at school, and have focus issues because they are playing on their phones until midnight, instead of going to bed at 9 pm. I’ve noticed that lots of executives in companies have encountered sleeping problems, because of new levels of stress in the way business is done. Working from home has also brought confusion, with no proper turn off in the evening.”

Other fields of work Kheston Walkins has developed include pain management. “Resolving chronic pain is also possible, as we have noticed with helping people with sleep challenges. One patient couldn’t walk or wear shoes, and ran for 5 kilometers after training with us. It’s very moving for us, and powerful to see how beautiful and interesting the brain is. When given the right instructions it can do a lot more for us than we would expect.”

Export in countries with little access to mental health

COVID-19 has also changed the way Allegori conducts its business, accepting one patient at a time and offering its services fully online. The aim is now to grow regionally and internationally. The first steps have been taken, through partnerships with Caiman Islands and two agencies in Trinidad & Tobago.

Kheston’s dream is as simple as it is consistent with his own journey: “Keep on doing what I’m meant to be on the planet doing, reaching out to the Caribbean and West Africa, in countries where mental health services are not developed.”

This is partly what drove him to attend the Atlantic Dialogues Emerging Leaders (ADEL) program in December 2019 in Marrakech. There, he found exactly what he was expecting: “to meet young and interesting people from different parts of the world and exchange”. He was also impressed with “the passion of the African political elite present at Atlantic Dialogues for their countries. Trinidad & Tobago has a population of 1.3 million, while some cities in Africa are ten times bigger. The challenges are so massive, but I could see core values such as passion, interest in progress and care for the future of Africa.”

A keen listener of audiobooks, he mentions Brainfluence and The 7 habits of highly effective people as mind-blowing, as well as the business book Blue Ocean Strategy. Filled with optimism, this bright young scientist is determined to make his scientific knowledge useful for everyone, every day.