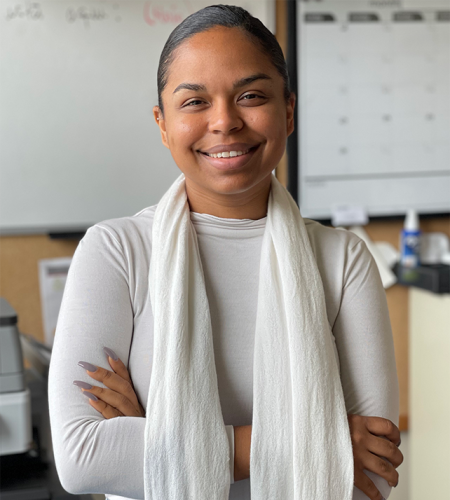 Pauline Batista works at the United Nations in New York, where she serves as a Media Production Assistant for the Global Communications Division. Her research interests include UNESCO’s influence over educational curricula in Latin America and also the exploitation of Paulo Freire’s Socratic method to reinforce standards for Heritage Studies in schools located in Latin American towns seeking UNESCO Heritage Site titles. She has been recently awarded a Pre-Doctoral fellowship through UCONN’s El Instituto to shoot a short film in collaboration with Brazilian high school students titled “Alma e a Escola” (The Soul and The School) in the Spring. She is also a 2018 Tinker Foundation grant recipient. One of her short films was presented at the 30th Public Session on Children of African Descent at the United Nations NY Headquarters. Her TEDx "Pedagogy of Action" has reached thousands of viewers across different countries as she centers her work on how educators can better support Black and Brown students. She holds a Ph.D. at the Educational Leadership Department (LLEP), TEDx Speaker, and UNESCO Biennale of Luanda Representative. She graduated in 2016 with her M.A. in International Studies (Latino & Latin American Studies), from the University of Connecticut, and holds a B.S. in Communication (Film Production) from Mitchell College.