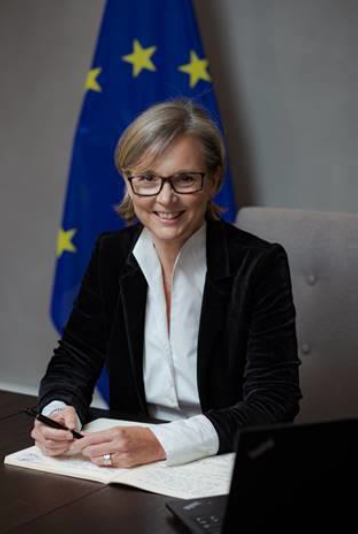 Patricia Pilar LLOMBART CUSSAC presented her credentials to His Majesty King Mohammed VI on 17 January 2022 as Ambassador Extraordinary and Plenipotentiary of the European Union to the Kingdom of Morocco.

After studying law, international trade and advanced European studies, Patricia Pilar LLOMBART CUSSAC joined the European institutions in 1993. She held several positions in the European Commission and the European External Action Service, as a member of the private office of the Commissioner for External Relations and the Vice-President responsible for relations with Latin America, Asia, the Mediterranean and the Middle East, and then as Head of Division for relations with Iran, Iraq, Yemen and the Gulf Cooperation Council. She was appointed Director of Administrative and Logistics Support Services in 2015. From 2018 until 2021, she served as Ambassador of the European Union to Colombia.