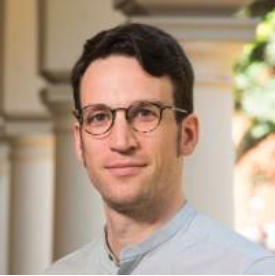 Frank Mattheis works on governance structures beyond the nation state, chiefly in relation to regionalism. His publications and projects deal with processes of region-making/unmaking, comparative regionalism as well as North-South and South-South interregionalism. He was previously based at the Centre for the Study of Governance Innovation, University of Pretoria (South Africa) as a senior researcher, where he first coordinated a work package for the ATLANTIC FUTURE FP7-project and later carried out postdoctoral project for the German Academic Exchange Service. Prior, he was senior research fellow at the Centre for Area Studies of the University of Leipzig (Germany), first as part of the research team on “Changing Stateness in Africa”, working on the interplay between Brazilian development models and African partners and later as a postdoctoral researcher for the project “New Regionalisms in a Changing Global Order: Mapping Latin America and Africa”. Frank Mattheis is trained in Global Studies with a M.A. from the Universities of Leipzig and Vienna and a Dr. phil. from the University of Leipzig. His doctoral thesis offers a conceptual framework to overcome Eurocentric theorising and Southern idiosyncrasy in the study of regionalisms. He speaks English, French, German, Italian and Spanish and has spent several fieldwork stays in Central Africa, Southern Africa and South America. He has taught at universities in South America, Africa, Asia and Europe and developed coursework on methods of international studies, on comparative regionalism and on African politics.