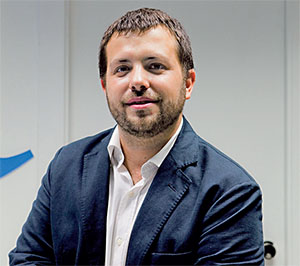 Eduard Soler i Lecha is a Senior Research Fellow at CIDOB (Barcelona Centre for International Affairs). Between 2016 and 2019, he was scientific coordinator of MENARA, a European project on geopolitical shifts in the Middle East and North Africa. He holds a PhD in International Relations from the Universitat Autònoma de Barcelona. Dr. Soler i Lecha is a political scientist and a part-time lecturer in International Relations at the Institut Barcelona d’Estudis Internacionals and at Ramon Llull-Blanquerna University. From 2013 to 2017 he lead the El Hiwar project on Euro-Arab diplomacy at the College of Europe (Bruges) and in 2010 he was seconded to the Spanish Ministry of Foreign Affairs as an advisor in the Direction General for the Mediterranean, the Maghreb and the Middle East. He has also advised in several occasions the Catalan government and the Barcelona local governments on Euro-Mediterranean affairs. His main areas of expertise are: Euro-Mediterranean relations, Turkey’s foreign and domestic politics, North African and Middle Eastern political dynamics, Spain's Mediterranean policy and security cooperation in the Mediterranean. He is a member of the Observatory of European Foreign Policy, FIMAM (the Spanish network of researchers working on Arab and Muslim studies), EuroMeSCo and the advisory boards of Mediterranean Politics and IEMed’s Mediterranean Yearbook.