Atlantic Dialogues : Cooperation in a Mutating World: Opportunities of the Wider Atlantic

Closed event, By invitation only 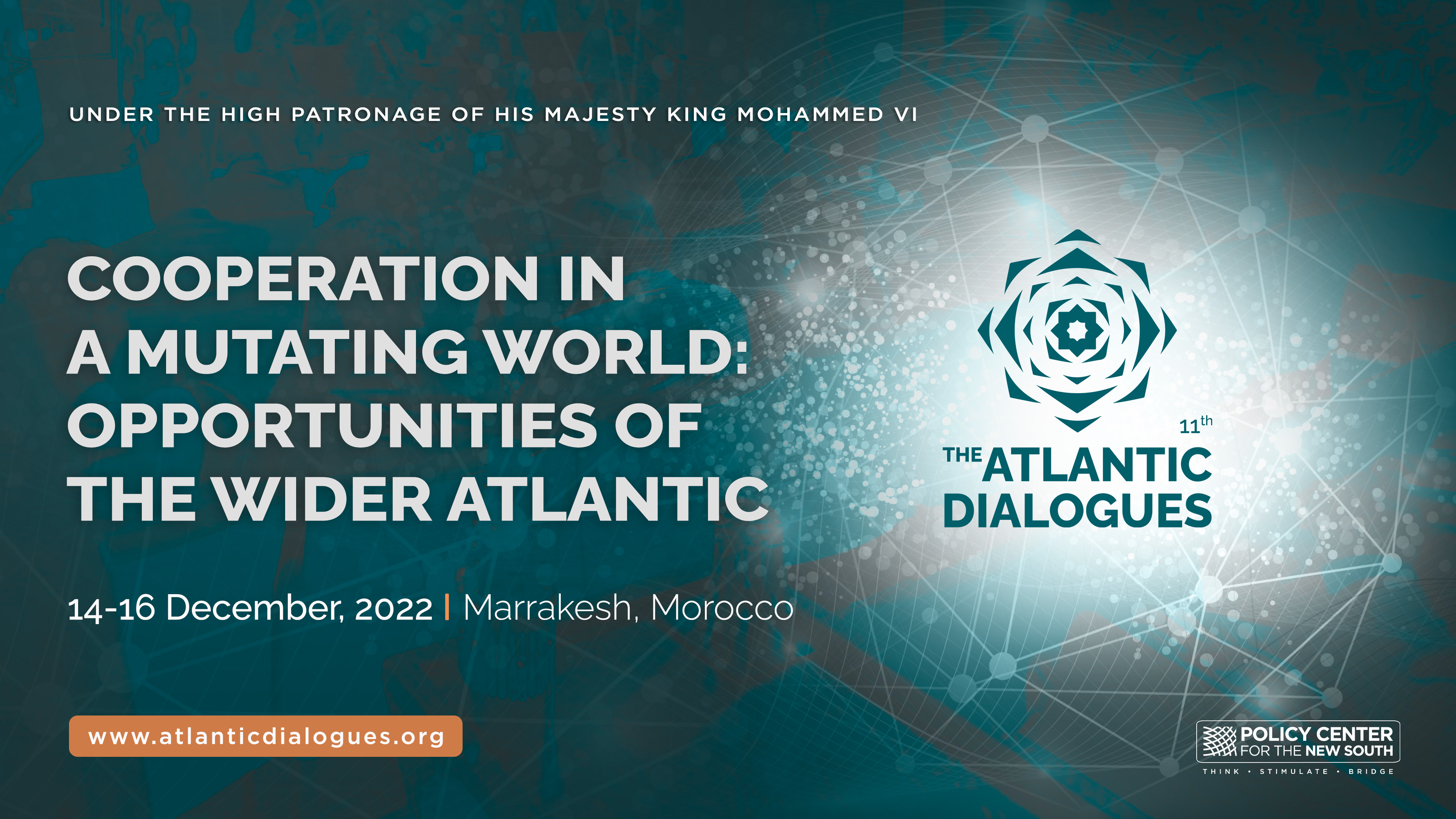 The Atlantic Dialogues are an annual high-level gathering of influential public and private sectors leaders from around the Atlantic Basin for open, candid and informal discussions on cross-regional and cross-sectoral issues.

Launched in 2012, The Atlantic Dialogues have reached a milestone since they have been running for over a decade. The initial vision was to underscore the growing importance of Africa and Latin America as actors in the Southern Atlantic space by transforming mindsets, mental maps and narratives. Many editions that ensued have addressed key strategic issues with over 400 each year from Africa, Latin America, Europe and North America, former presidents and ministers, representatives of major institutions, CEOs, experts and seasoned African, European and US journalists to anchor the panels. The 2022 edition will provide an opportunity to further explore the seismic shifts in today’s world, while highlighting the role of the North and South Atlantic in responding to these crises and providing solutions. To this end, we chose the following theme for this year, "Cooperation in a Mutating World: Opportunities of the Wider Atlantic".

In 2020 and 2021, the conference adapted to the ongoing pandemic and was held online, responding to the restrictions and a global uncertainty. The Atlantic Dialogues community will meet again, in person, in December 2022 in Marrakech to consider the political, economic and security developments reshaping societies and relationships on all three of the Atlantic’s continents (Africa, the Americas and Europe).

The recent pandemic and its aftermath, along with the ongoing war in Ukraine, have exacerbated several visible trends, exposing the limits of neoliberalism and the cracks of multilateralism, while presenting a case for renewed collaborations in an increasingly globalized and interdependent world. Rising protectionism and the disruption of global value chains have greatly affected international production, and food sovereignty and security are taking central stage in both the North and South Atlantic. Climate change related challenges are stark, from water scarcity and its implications for water management and public policies, to rising sea levels and climate refugees.

Against this troubled backdrop, there are also opportunities from climate diplomacy to the energy revolution, innovations in agriculture, infrastructure and governance. Are common strategies possible? What new approaches are needed to renew collaborations and find common solutions in a mutating world?

The Atlantic Dialogues is designed to create an environment that is conducive to facilitating concrete discussions that lead to actionable outcomes. Sessions are designed to promote frank, interactive, and informal discussion through a mix of plenary panels, smaller breakout sessions, and keynote addresses. The event will foster a network of individuals instilled with a new “mental map” of Atlantic issues, partnerships, and potential. This will be achieved through skillfully moderated discussions between the audience and expert discussants.

The Atlantic Dialogues provides an important forum for inclusive dialogue. The format does not allow for speeches during discussions, nor does it allow for formal or seminar-like presentations.

The official proceedings of the Atlantic Dialogues will be conducted in English and the conference will be livestreamed on the conference’s website.

Through a flagship young professionals and leadership program, the Atlantic Dialogues Emerging Leaders program is dedicated to connecting with rising leaders of future generations.

The Policy Center for the New South is organizing the 2022 Atlantic Dialogues Emerging Leaders Program, a unique opportunity for 30 selected rising leaders and change-makers, taking place December 11th to 16th, 2022, in Marrakesh, Morocco. The program will precede and be included in The Atlantic Dialogues Conference.

Past Editions of the Atlantic Dialogues Conference